We're excited to announce the v1.3.0 release of JBrowse Web! Some highlights of this release include:

Building on the plugin store on our website in the last release, we're now excited to announce that plugins can be installed from within JBrowse Web! Plugins from our plugin store can now be installed with the click of a button. 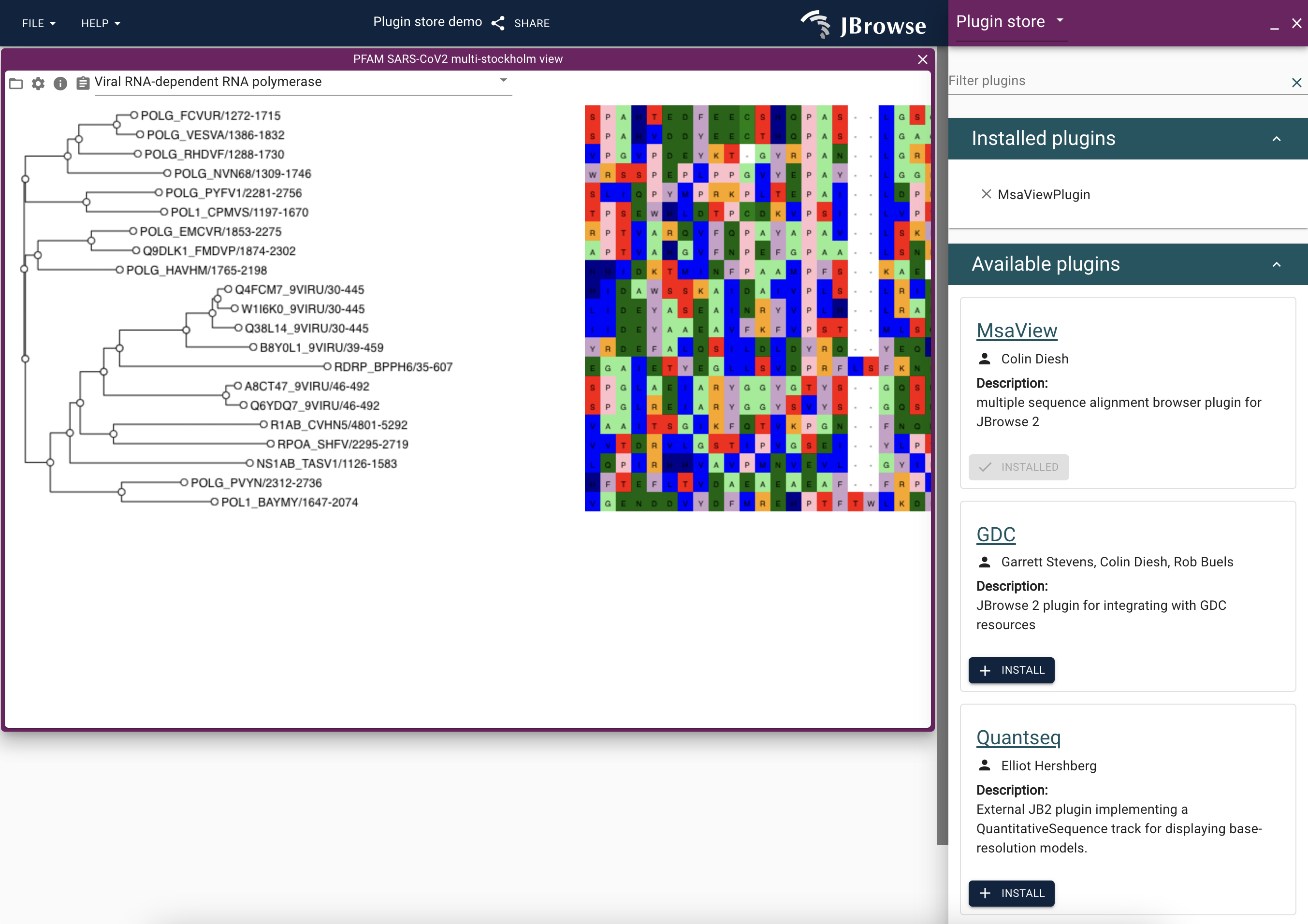 JBrowse Web now has the ability for tracks to use files on your local hard drive. This is a great option if you want to visualize files you have locally without uploading them to a server. These files will need to be re-opened each time the app is opened or refreshed, but more robust handling of local files will be available when we release JBrowse Desktop.

Color by MM and MP/ML tags in BAM/CRAM​

The MM and MP/ML tags can be used to color alignments tracks by either base modifications or by methylation. The modifications mode is exciting because it can show arbitrary DNA/RNA modifications, and the methylation mode uses specific CpG context to show both modified and unmodified CpGs.

See "Packages in this release" in the changelog for links to packages published on NPM.